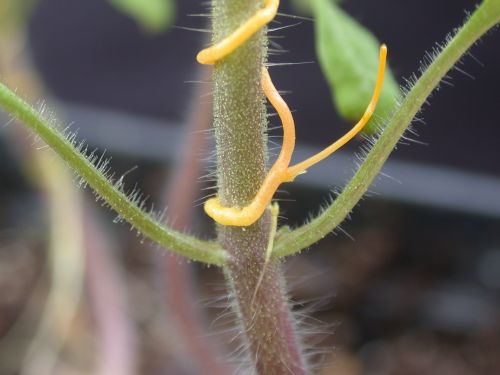 LAWRENCE, Kansas – AUGUST 10, 2016 – Scientists with the Weed Science Society of America (WSSA) say plants can sense and communicate in ways that may surprise you, and those findings are opening the door for innovative new approaches to weed control.

“Historically we’ve thought about plants as relatively simple organisms, but in fact they are almost constantly changing as they sense and respond to what’s going on in their surroundings,” says WSSA Fellow Clarence Swanton, Ph.D., a researcher with the University of Guelph.

Swanton has made a number of important discoveries about plants and what they seem to sense. Most recently, he found that corn seeds could detect whether weeds are growing above ground. They make that determination based on light reflected by weeds that penetrates the soil surface. If the seeds sense weeds are lurking, cellular changes are triggered to delay germination – resulting in unrecoverable yield losses.

Swanton believes that with further research, scientists may find a way to protect seeds from the stresses they experience when they detect weeds growing above them. “With the right treatment, we might be able to trigger a beneficial reaction and actually boost the development and emergence of new seedlings,” he says.

Swanton previously discovered that light reflected by weeds also helps emerged corn and soybean plants sense when competitors are growing close by. The crops respond with chemical changes that stunt both their root system and their above-ground growth.

“It is critical that farmers control weeds early so crops are free of competitors during the earliest stages of their growth,” he says. “Delays can be costly. Weeds aren’t just competing for water and nutrients. They actually are triggering genetic-level changes that impact crop yields.”

Jim Westwood, a researcher at Virginia Tech, agrees with Swanton’s assessment that there is lot more is going on with plants than we may realize. Westwood is leading a research team that has studied the relationship between the parasitic weed dodder, also known as “vampire plant,” and two plant “victims.” One is the researcher’s favorite model plant, arabidopsis, while the other is dodder’s more common prey, tomato.

Researchers knew from previous reports that dodder senses chemical signals given off by potential host plants and uses that information to grow towards them. But once dodder attaches itself to its host, the real fun begins. Messenger RNAs are exchanged between the plants and serve as a unique language that lets dodder and its host chat freely and potentially share large volumes of genetic information at the molecular level.

What are they saying? Westwood says further research is underway to find out. He suspects, though, that dodder may have dastardly intent. The weed is likely telling host plants precisely how to lower their defenses so they can be more readily attacked, as well as how to produce more of the nutrients dodder needs to survive and thrive.

If Westwood is right, finding a way to disrupt this messenger RNA dialogue might protect the host plant and cause parasitic plants to wither away.

“Parasitic plants can have a devastating impact on crops and are extremely hard to control,” he says. “Dodder seeds, for example, can survive in the soil for decades. We hope our research will lead to innovative new strategies that will one day give growers – and their crops – the upper hand.”

Editor’s note:  A photograph of dodder attacking a tomato plant, provided courtesy of Jim Westwood at Virginia Tech, is available for download at https://wssa.net/wp-content/uploads/dodder.zip .